Angels sculptures – the world of heavenly purity on Earth.

The angel sculpture has always attracted human attention with its purity and beauty. This image is the personification of bright hope for a beautiful above-ground world as a manifestation of Divine wisdom and beauty. Many nations represented angels as messengers from above. Sculptures of angels, as intermediaries between the material and spiritual worlds, in different cultures are presented in different images. In the ancient Sumerians – the Shedu winged bulls, in the ancient Egyptians – the person accompanying the person to the other world – Anubis in the form of a jackal, in Indian mythology – the spirits of the elements of the Virgin Gods and their helpers. In Persia, the creatures of Amshaspanda are winged lions, and for Australian and African Aborigines – good spirits of various elements: water, desert, land and mountains are considered angels. 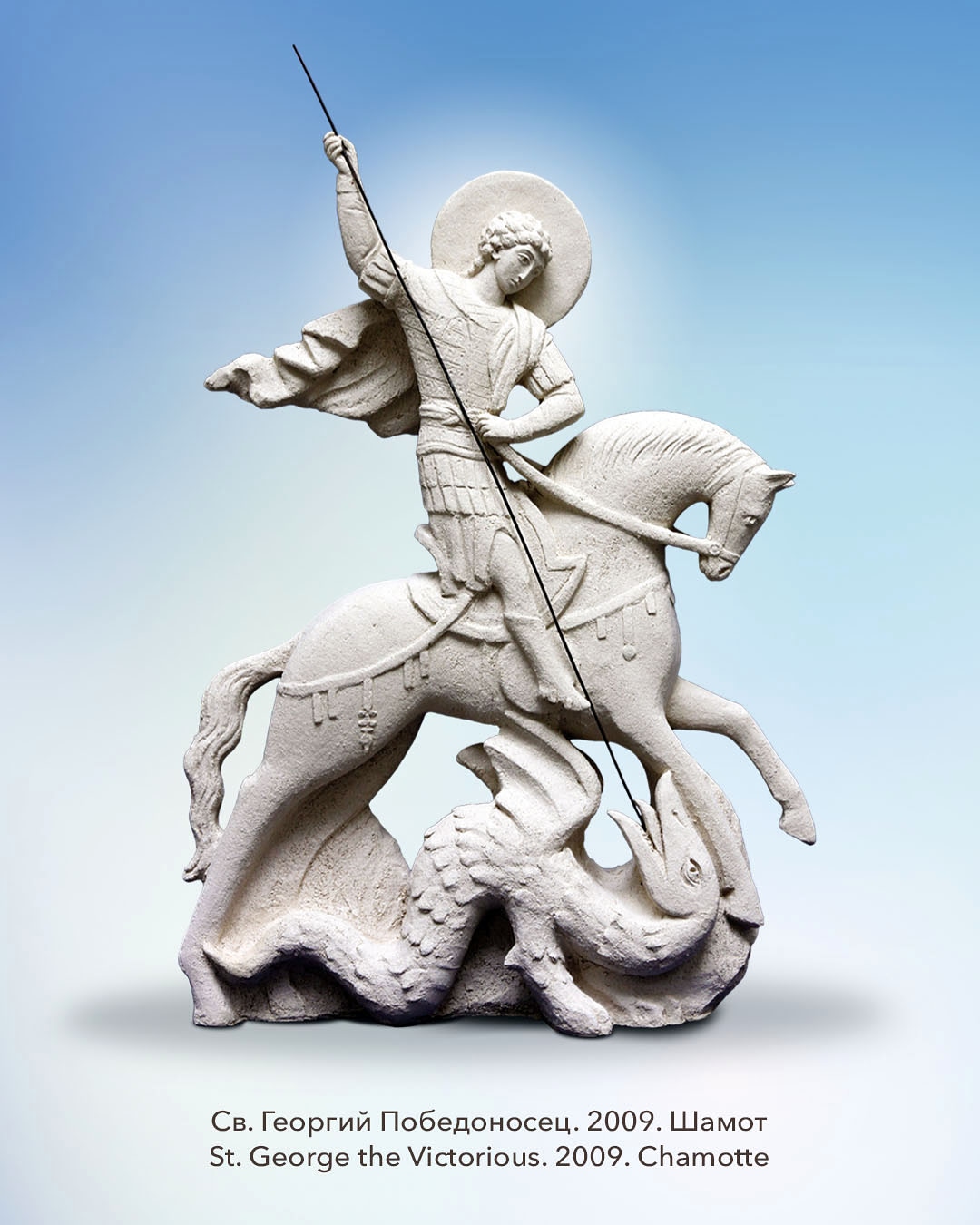 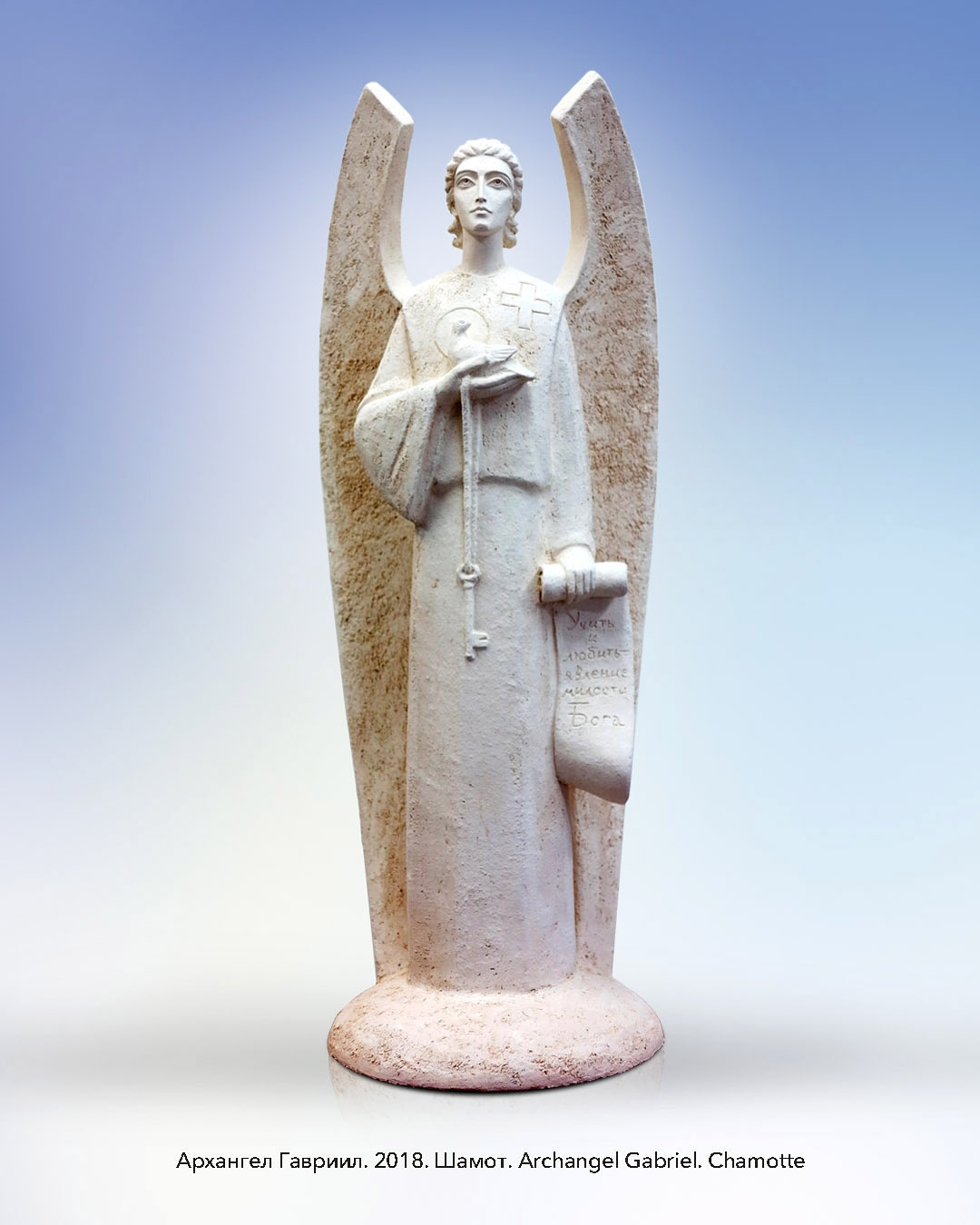 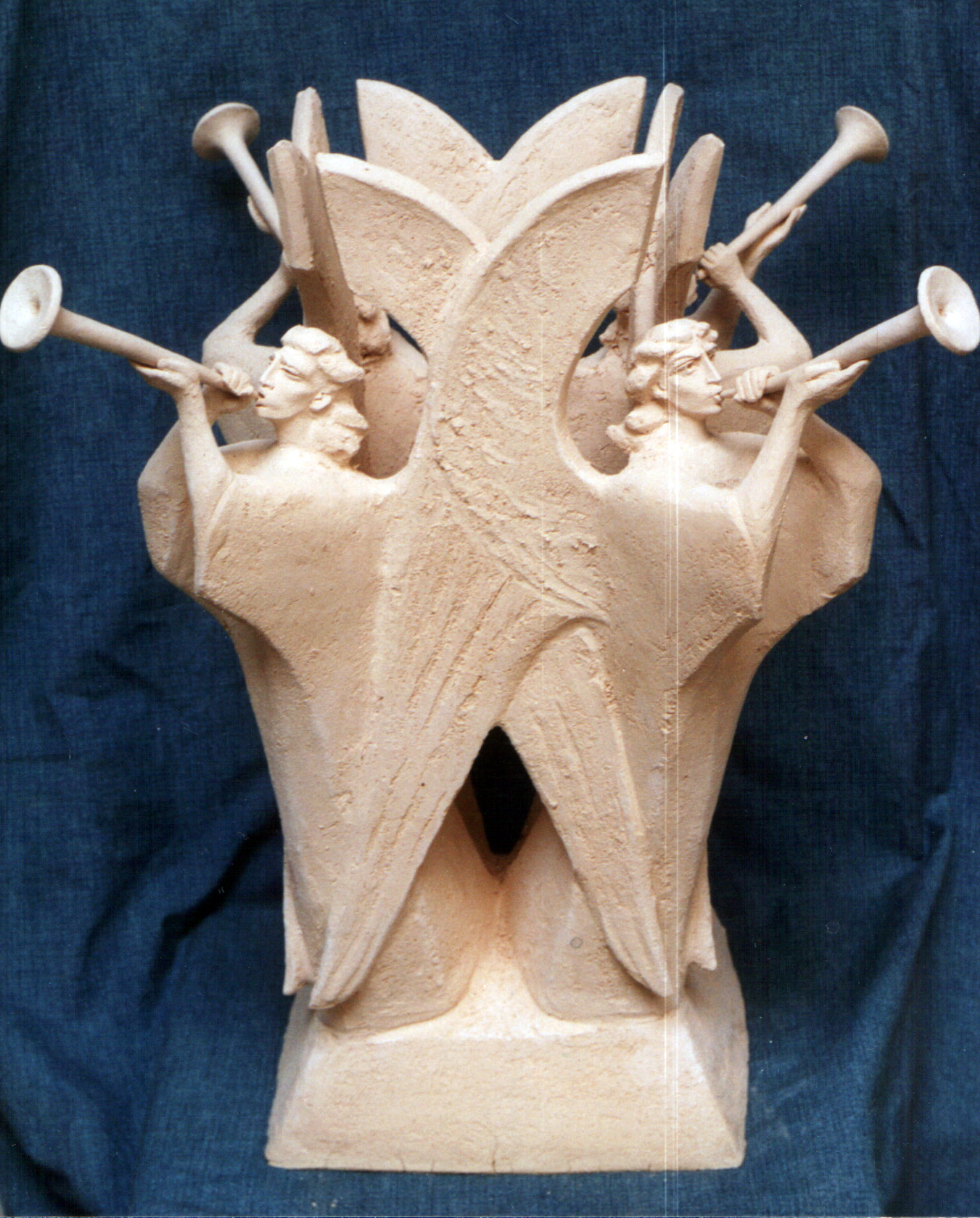 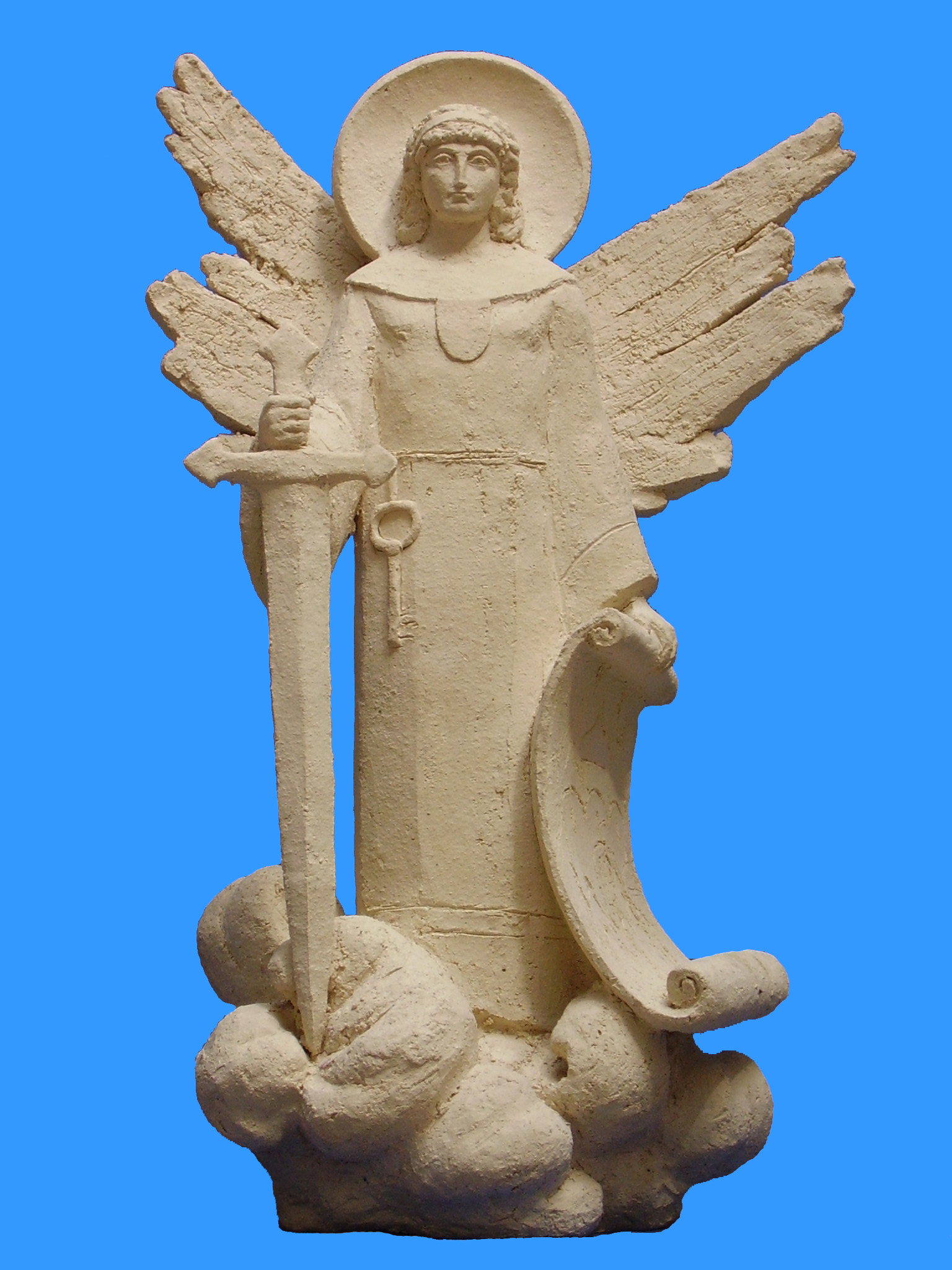 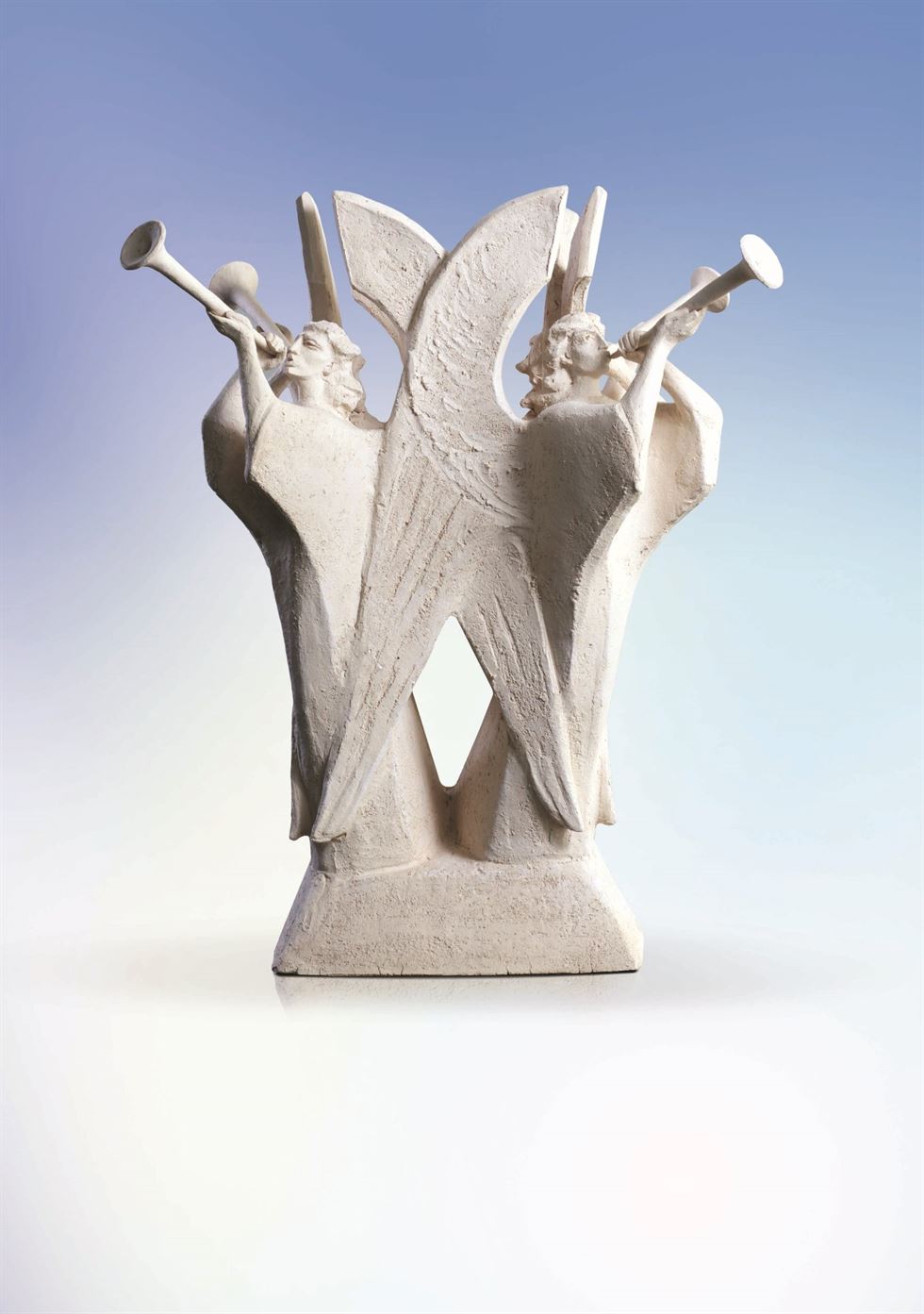 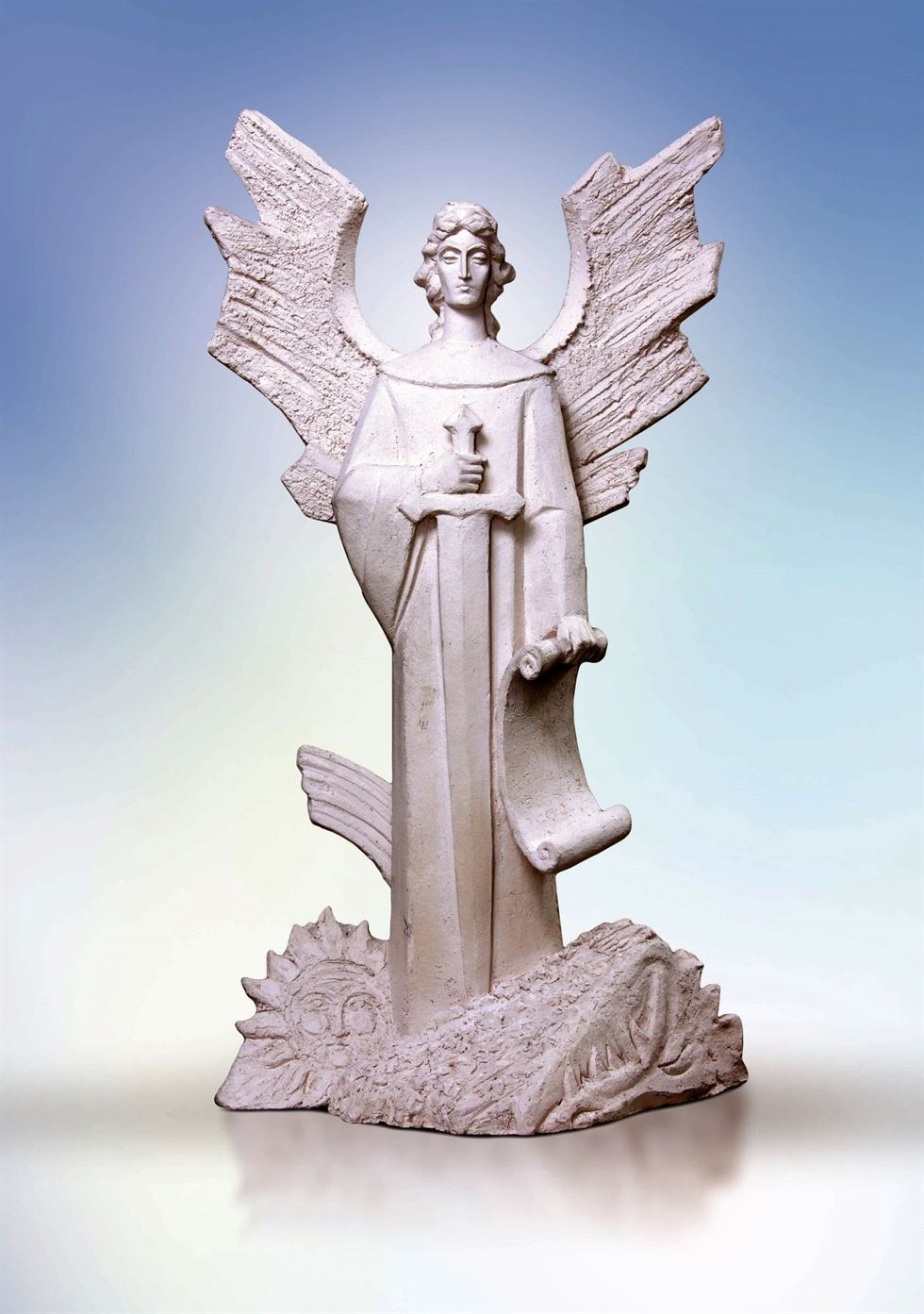 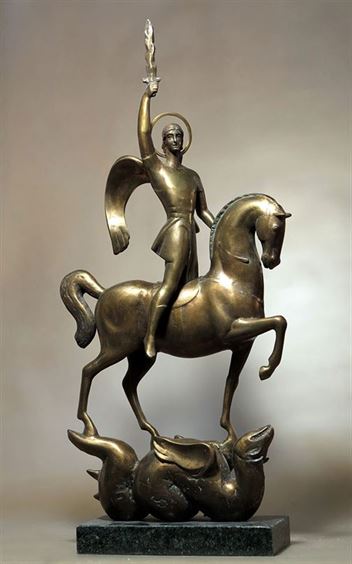 In the creative workshop of author’s sculpture, you will find an unusually soulful solution to the angels statue . One of these works is the angel sculpture  Archangel Michael by Alexey Leonov, 2010. Archangel Michael is one of God’s closest helpers. In Hebrew, his name means “equal to God.” In the popular mind, the Michael angel sculpture  embodies the leader of the holy army of Angels, the commander in chief of the Lord’s army. Archangel Michael – the celestial archistratigue leads the warriors of light, fights the forces of evil and protects the world and people. Moreover, the Michael angel sculpture symbolizes the instrument of cosmic justice – the arbiter of the will of God. Salvation is in the hands of men.

The most expressive in the work of Alexey Leonov is the pair of angels statues  Judgment Day. Warning and Judgment Day.  Purification, it was created in 2004 and 2005. The sculptor created the statues of angels under the influence of the painting Look, Humanity! By the famous artist Svyatoslav Roerich. The artist calls for the victory of the heart, to avoid global catastrophe from the sword of world law. In the sculpture, the angels sculptures  his punishing sword at the servants of evil. This is the last call to people who have forgotten about their divine nature. Angel sculpture is a warning about disasters that are inevitable if humanity does not come to its senses. The punishing sword is only aimed, not actuated. The angel is formidable, but not angry, indifferent in his expectation of the Order. Sculpture Angel – the executor of the will, which mankind itself carries out with its actions and conscious choice. An angel sculpture is the arbiter of the will of a higher law in action, an instrument of Cosmic justice. In the pair work  Judgment Day. Purification – the sculpture of the angel expresses the Law in action, with his punishing sword he shares the grains from the chaff. All the affairs of mankind are weighed, all the promises and labors are taken into account – the order was issued! Class hour has come! The Supreme Law of Justice is launched into Action. The angel is decisive and unshakable in the execution of the Order, filled with inner strength and firmly wielding the sword of justice. The sculptor repeated the statuettes in gypsum angel figurines in 2019. Images of the highest aspirations are embodied by an angel, sculpture – expresses prayer in action, a state of cordial aspiration for the benefit of the whole world and the universe. It is possible to buy angel figures in order to bring a state of purity and high thoughts into the house, to open the heart to the beautiful, because the angel sculpture is a symbol of the spirit, which has kept itself clean, has retained the ability to perceive the world not with reason, but with the heart, which has retained a sense of ownership in the whole universe.

Sculptures of angels in different materials

In the author’s workshop, solutions for the angels sculpture  in various techniques and materials are possible. The advantage of the  chamotte clay sculpture angels is durability, expressiveness, plasticity and suitable for images – shades of light milk tones of burnt clay. Gypsum angel figurines stand out perfectly in the interior due to the snow-white properties of gypsum; it is a strong and durable material that will ensure the safety of the angel’s sculpture made for a long period. But the most persistent material that will preserve the divine guardian for thousands of years is metal, in particular bronze. In the Workshop, it is possible to buy angel figures in any material – plaster, fireclay,  bronze.