Sculpture of Buddha – the path of transformation in the spirit

“Your job is to know your destiny, and then give yourself to it with all your heart.”

“There is no happiness equal to tranquility.” 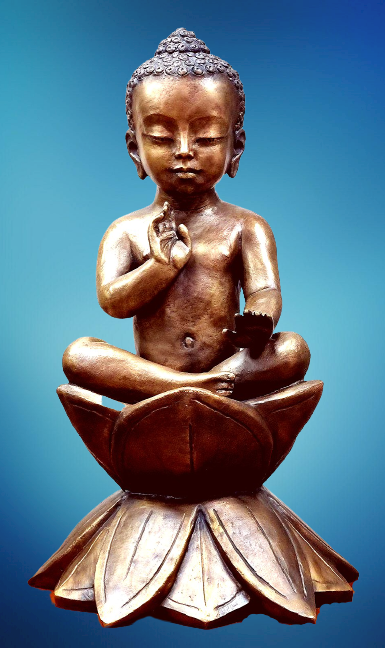 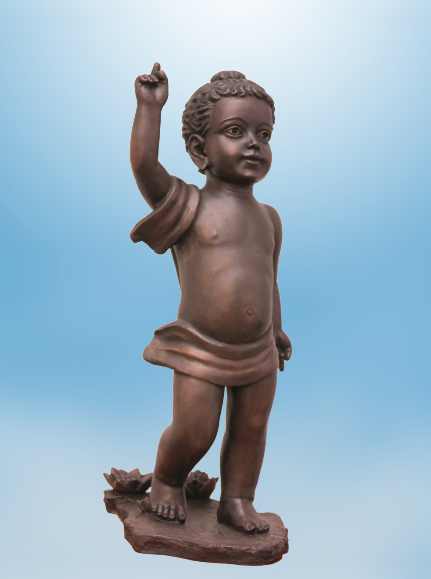 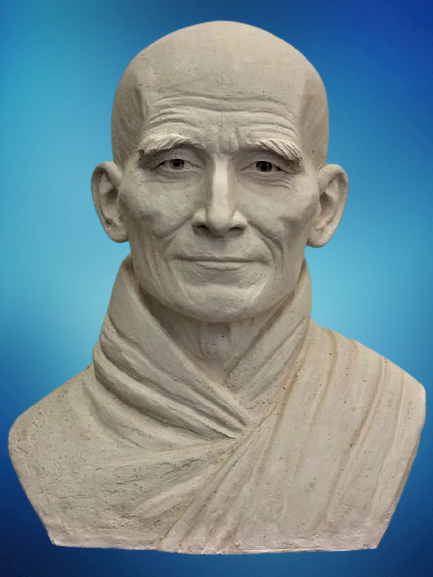 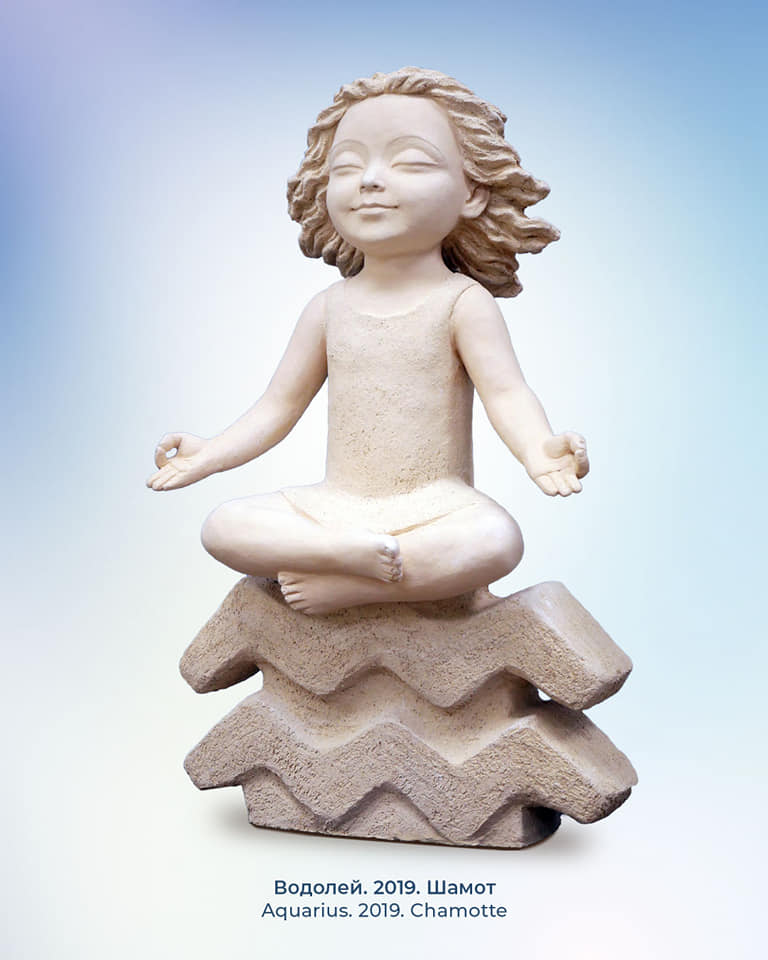 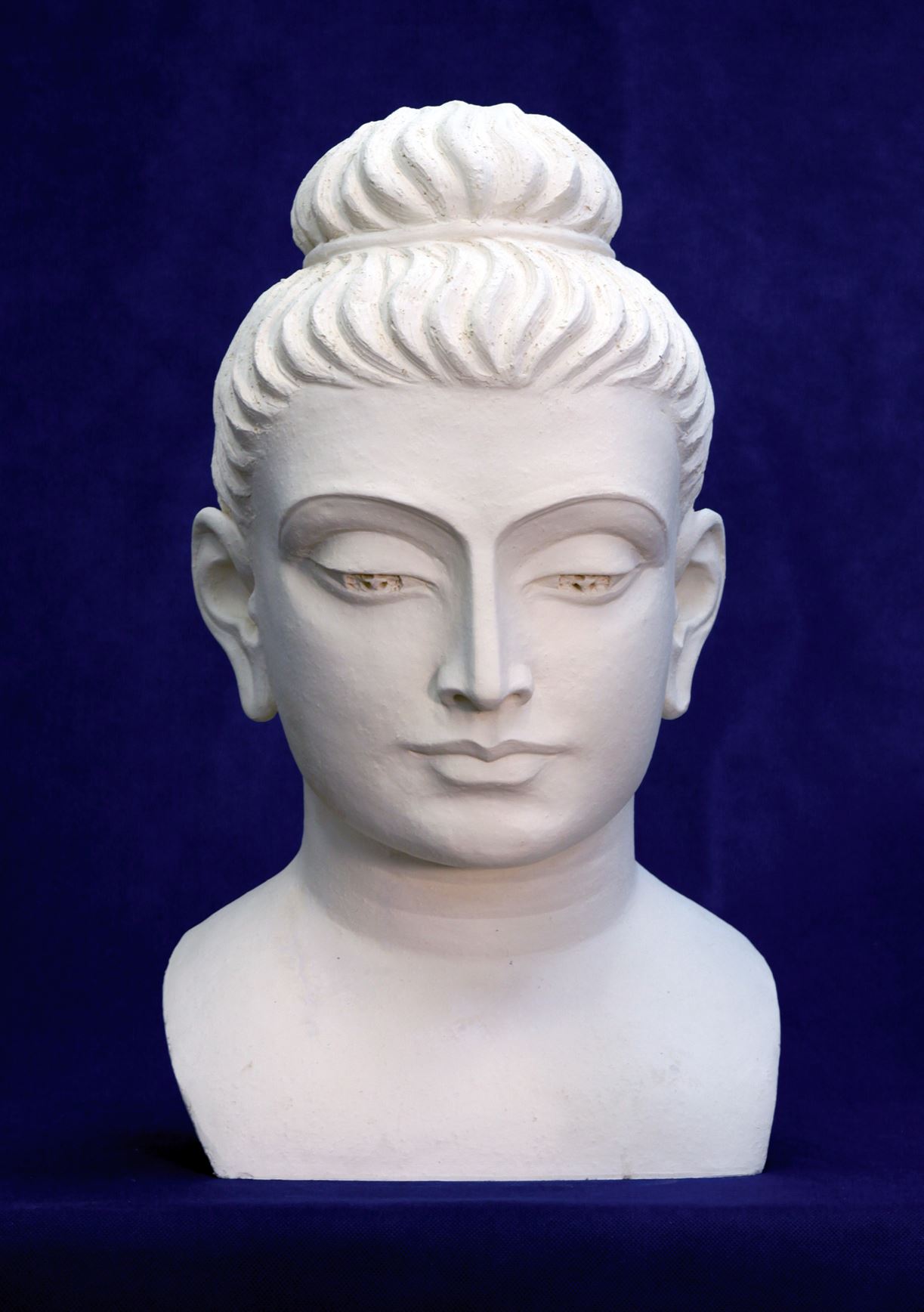 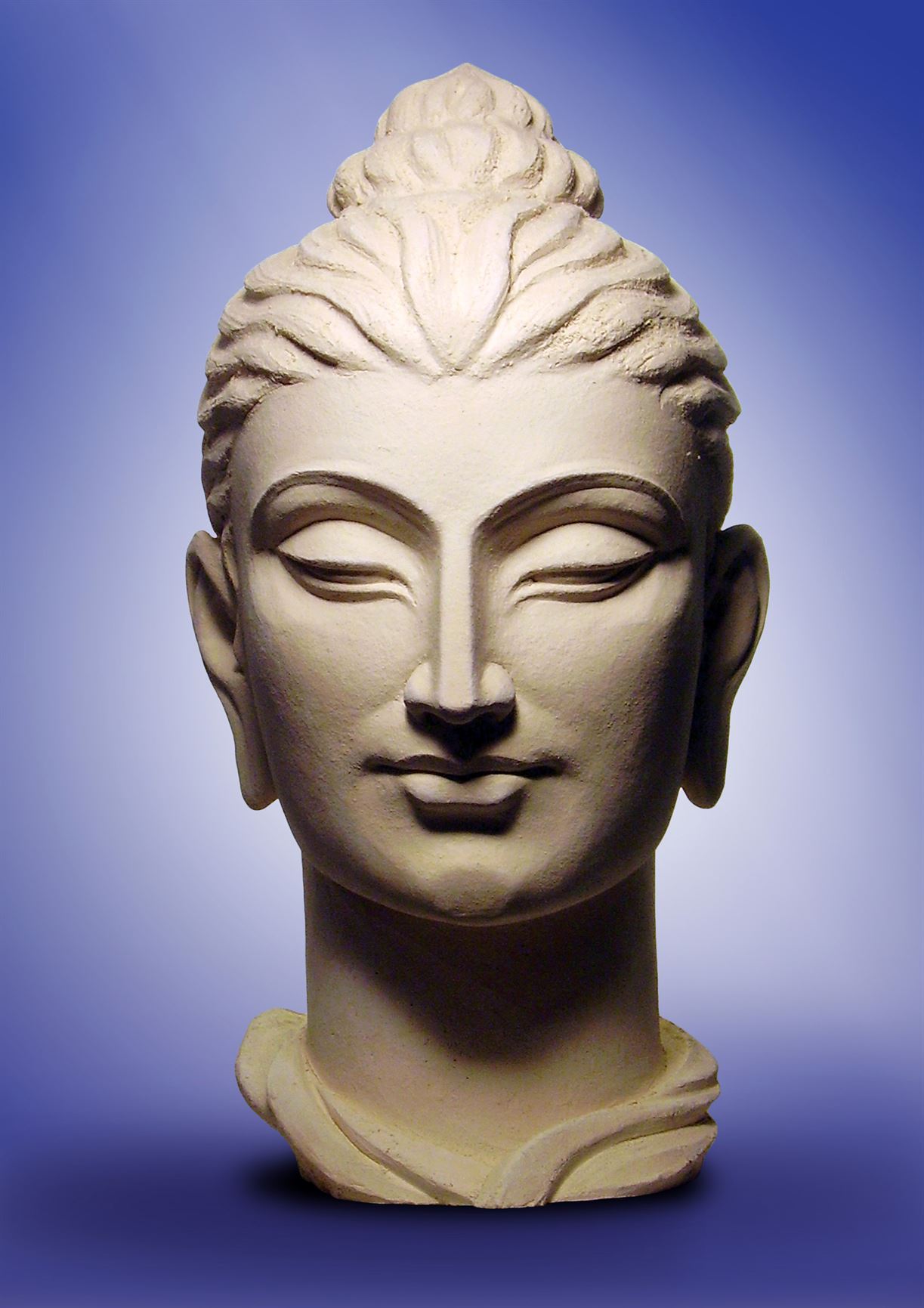 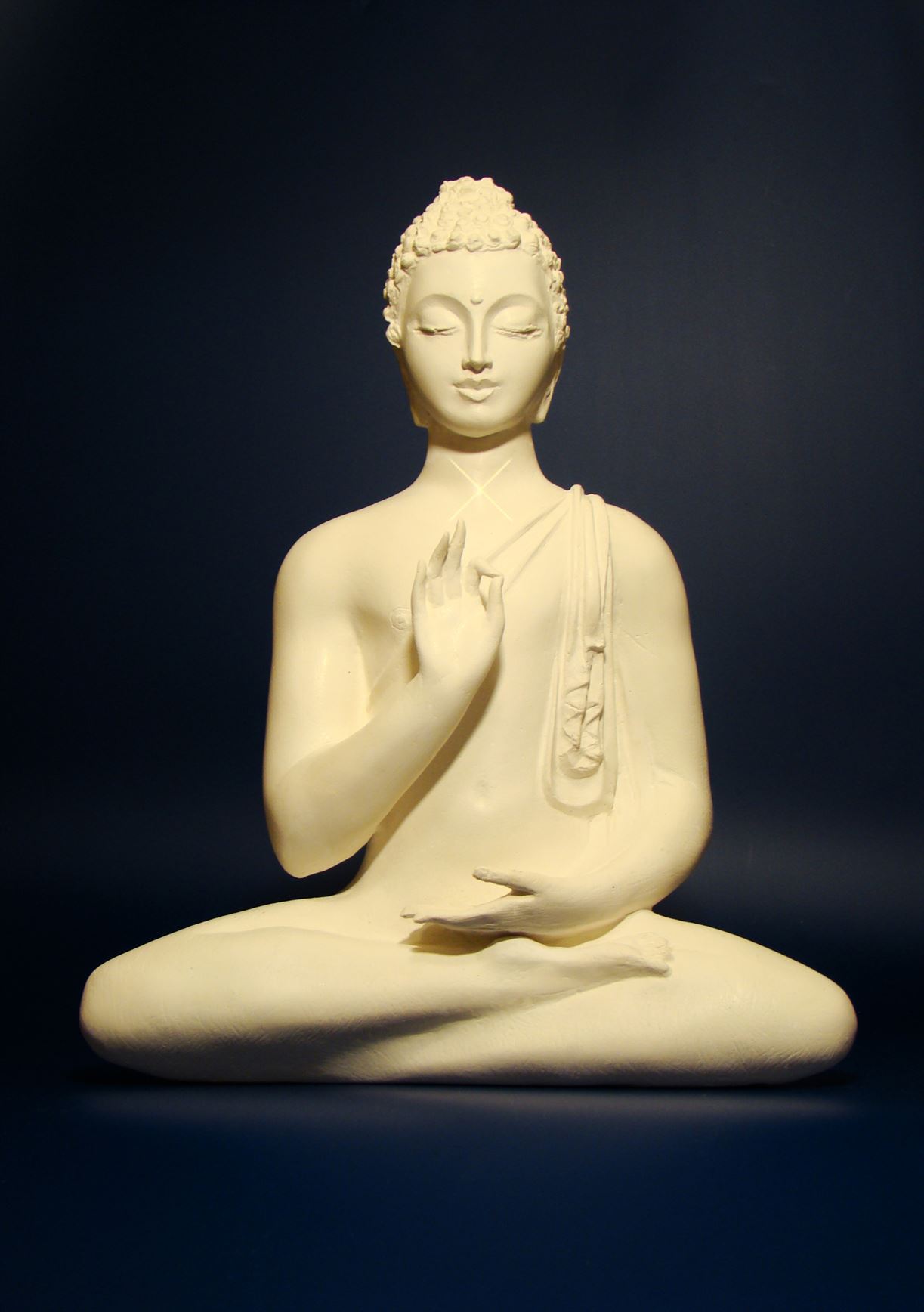 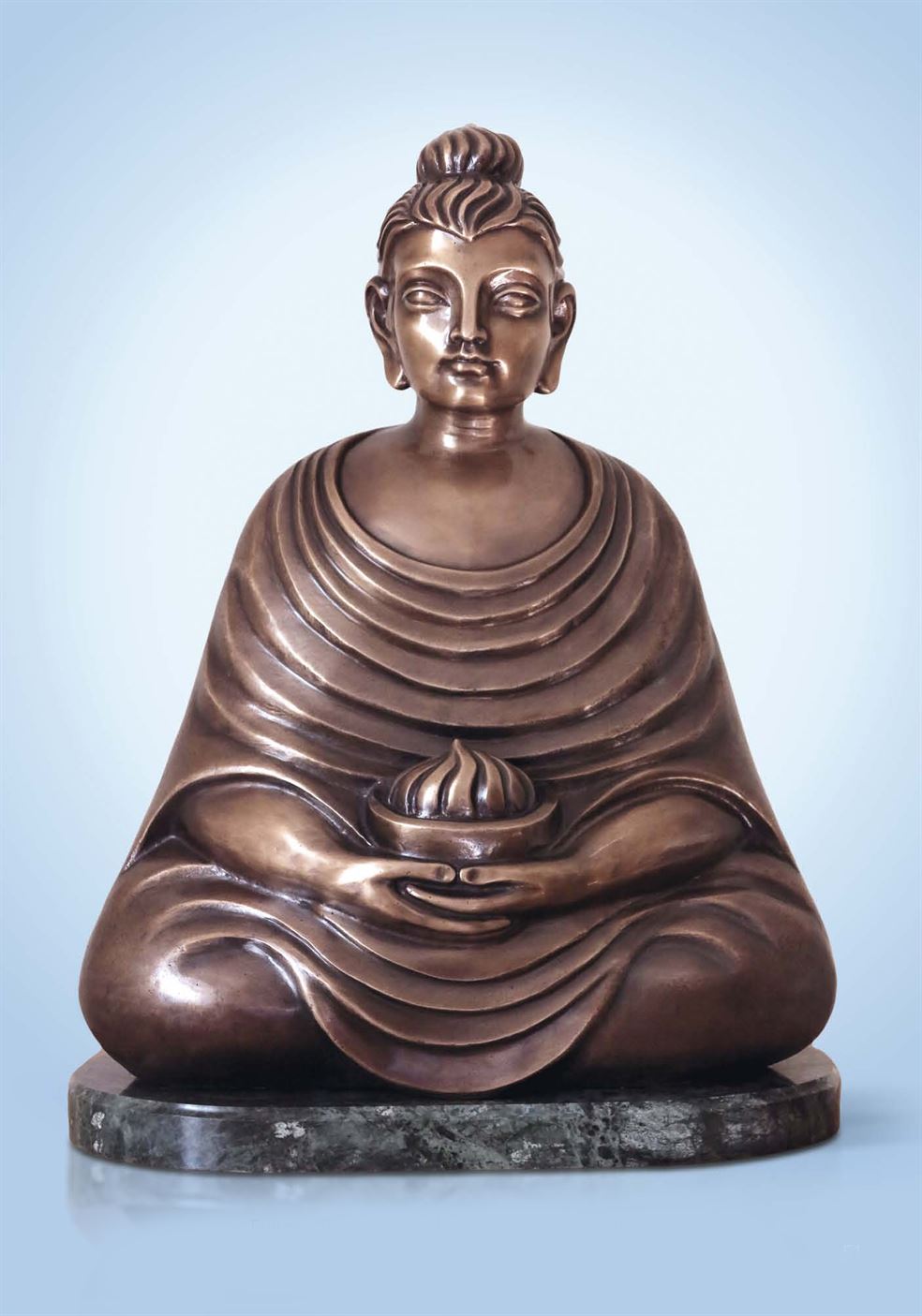 The sculpture of Buddha is a pious image of the enlightened Teacher, who indicated the path of liberation from suffering, the goal and purpose of life – enlightenment. The greatest spiritual mentor of Ancient India in the VI -V century. became the founder of the oldest religion in the world – Buddhism.

Buddha – Indian sculpture of the great Teacher is traditionally depicted sitting in the lotus position with a certain position of the hands – mudras or in a standing position. The interior sculpture of Buddha, buy at the Author’s workshop, will become a great landmark on your life’s journey.

Siddhartha Goutama was born in the North of India into the royal family of Shakyas as the sole heir to the throne. The brahmanas, having discovered the distinctive marks on the body of a baby, predicted the baby’s future as a Buddha (enlightened sage) or a just king. The father, King Shuddhodana, chose the second path for his son and raised him as a future ruler. Staying until the age of 29 in a palace specially built for him, living in isolation from the realities of life, Siddhartha led a secular life, married the princess Yashodhara, who bore him a son, Rahula. The impetus for a change in life was four signs: an old man, a leper, a dead man and a hermit. The prince realized that the world is filled with suffering, and his great compassion for people gave rise to a desire to find a way of liberation. He left his palace life and spent seven years in search of a path, studying with various mentors. By the age of 35, the prince, having tested in practice all the previously known teachings, abandoned them and rushed to the search for a new truth. After going through a series of trials, he won a victory over the passions, temptations of Mara, and attained enlightenment, became a Buddha. For the next 45 years of his life, Buddha preached to his disciples the truth revealed to him.

Over time, the sculpture – the statue of Buddha became a symbol of the achievement of spiritual quests.

Sculpture of Buddha: the path of liberation from suffering

Buddha is not a common name, but a state of consciousness of the Highest Wisdom. Literally means “cognized”, “enlightened.” Buddha learned that life is a continuous series of births and deaths and is suffering, but you can free yourself from this burden. By his own example, the Teacher showed how to stop the wheel of rebirth, professing the Middle Way – to consciously abandon extremes: desires, passions on the one hand, and self-torture on the other. Having reached a state of peace, without desires and attachments to the material world, one can open eternal life – nirvana.

The sculpture of Buddha is more than plastic, it is reverence for the spiritual Teacher, an expression of aspiration and following his path. Traditionally, Indian Buddha sculpture is depicted with canonical gestures that convey the highest meaning in the image. For example, stopping fear, joining the spiritual world, driving out evil, opening the heart, and others.

A sculpture of Buddha, buy better from an author who deeply studies the traditions of the image of the Buddha and embodies the sacred image with all responsibility and understanding of the essence of the teachings.

According to the Buddha’s teachings, a person comes into this life to realize the illusory nature of the material world and through concentration, meditation, tireless self-discovery to achieve enlightenment, to find out the true essence of life.

The Buddha’s Four Noble Truths help to achieve the goal of enlightenment:

To comprehend the Eightfold Path means: to cultivate in oneself:

A righteous view is the realization and application of the Four Noble Truths.

Righteous intention is a firm resolve to follow the Buddha’s path to liberation. Continuously cultivate love and kindness towards all beings.

Righteous speech is a conscious renunciation of lies, slander, and harsh words.

A righteous lifestyle is not about causing suffering to sentient beings. To find inner harmony, one must strive to earn a living in accordance with Buddhist values. And also to give up excesses, wealth, thus preventing envy and pain.

The righteous effort is to develop self-awareness, concentration, joy, peace.

Righteous mindfulness is to achieve continuous awareness of one’s own body, sensations, mind and mental objects through tranquility and contemplation.

Sculpture – the statue of Buddha is the embodiment of incessant inner work on the path of spiritual development.

In the work of Alexei Leonov, the Buddha Sculpture occupies a special place. Each sculpture of the master embodies a sacred image in a state of enlightenment and inner peace. This is the author’s sculpture, Buddha statue, “Giving Chalice”, 2019, chamotte. The sculpture was created based on the painting by N.K. Roerich’s “Two Cups” (1932). The image of the Buddha sculpture contains the greatest compassion, sacrifice and mercy for the world. Buddha is depicted in motion – actively brings knowledge and joy of spiritual discoveries into the world. In the right hand of the Blessed One is the Chalice of Knowledge, in the left is a staff, a symbol of wisdom. The sculpture of the Blessed One conveys the power of the spirit of enlightened consciousness, radiates purity, peace, harmony. The sculptor manages to convey the state of the Teacher’s blessing, his return to the world of knowledge and a great energy message. The cup of Buddha is miraculous and inexhaustible – it is the cup of life. The Buddha is depicted by a sculptor with great love and inner awareness of the greatness of the Great Appearance, and this is not accidental, since the image of the Buddha, along with the images of Jesus Christ and the Great Mother of the World, are fundamental in the work of A. Leonov.

N.K. Roerich wrote in “Heart of Asia”: “Bow down to the cup to Buddha, and you will be in the cup as in a vessel of knowledge.” “Whoever gives the cup to Buddha will not be left behind by either memory or wisdom.”

Sculpture Buddha – buy as a gift, this is a wish to achieve peace of mind and peace.