Archangel Michael with the Heavenly Host. 2018 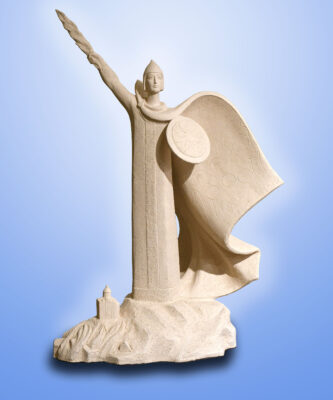 “… It is the Great Archangels who are those Seven Kumaras … who came from the Higher Worlds and made the greatest sacrifice in that They incarnated as the great Founders of Religions and Kingdoms, Philosophies, etc. at all turning points in the history of the planet, in order to help and accelerate the evolution of mankind … It is Archangel Michael – One of Them – who is now guarding the fate of our planet. The last battle with the Prince of this World is commanded to him (the Bible also testifies to this) ”. (Letters from Helena Roerich. 1929-1938. In 2 volumes. Volume 1).