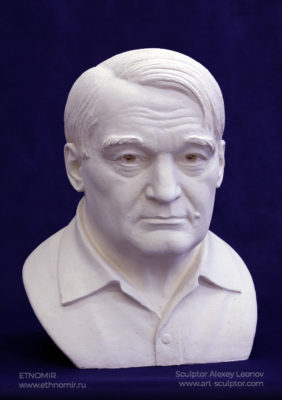 “Large and multi-lingual Russia has the own path, it chose,
defended and is obliged to defend in a difficult struggle.”
LEV NIKOLAEVICH GUMILEV – great scientist, historian and ethnologist, founder of the passionary theory of ethnogenesis. Poet-translator from Persian language (1912-1992).

Lev Gumilev had brought the theory of passionarity in world science. The theory explains the evolution of the ethnic groups through the historical processes and natural-science point of view. Modern ethnography is impossible without the elements of the theory of L.N. Gumilev. Passionarity is a measure of potential resources of ethnic group, effect of surplus of biochemical energy of organism.

The effect gives rise to self-sacrificingness for the sake of pursuing the goal. Such an effect is a contrast to instinct for self-preservation. The theory of L.N. Gumilev concerning on the deepest relation of temper, traditions and culture of the peoples with landscape is similar with ideas of Europeans.

Lev Gumilev was a great in expressing his thoughts very definite, concise and poetical. His poems have no imperfection of size, rhyme and words selection. Poetical translation from eastern languages are highly appreciated by native speakers.