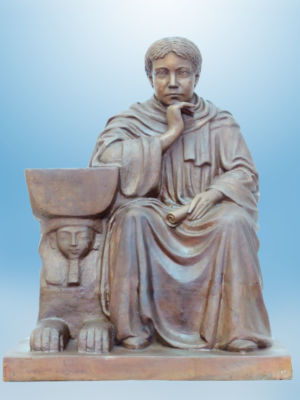 Elena Petrovna was that messenger of Light, the Sphinx of the 19th century, through which knowledge about the structure of the universe, about the sacred person, about the metahistory of the development of mankind was transmitted to the world. “The Secret Doctrine” by E.P. Blavatsky has not yet been fully understood and studied by her contemporaries, the value of her works is still to be learned by the world.
Sphinx of the 19th century. H.P. Blavatsky. 2009, bronze. Installed in the House of India in ETNOMIR.